Government has backed the development of new ‘space hubs’ across England, as well as funding to support projects in Wales, Scotland and Northern Ireland 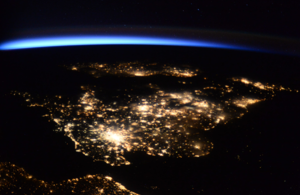 Each area, dubbed a ‘space hub’, will use government funding to bring together local authorities, expertise and businesses to create a strategy for how their area can take maximum advantage of the commercial space race. Harwell in Oxfordshire established itself as a space hub in the last 10 years, and ministers want to replicate this success in other areas.

Funding is going to seven locations – including the North West, the West Midlands and West Yorkshire – to ensure space is a priority for regional economic growth and attract commercial investment from space companies to these areas.

In the last decade, space has transformed into one of the UK’s fastest growing and most venerable sectors. Trebling in size since 2010, at the last count the UK space industry now employs close to 42,000 people in all corners of the country and generates an income of nearly £15 billion every year.

The government is committed to making space a sector that thrives beyond the ‘Golden Triangle’ of London, Cambridge and Oxford, and contributes jobs and growth to regions across the whole of the UK. This approach is reinforced by support for seven potential spaceport locations in areas across Cornwall, Wales, and Scotland.

"The UK’s space sector has shown incredible resilience to the coronavirus pandemic and will continue to play a key role in our recovery – from creating high-quality jobs to finding unique ways to support our NHS.

"This funding will arm local leaders up and down the UK with the tools they need to put their local areas at the front of the commercial space race, while refuelling the tank of the UK economy and helping Britain realise its ambitions as a global space superpower."

The six-month projects will see local government, experts and business leaders come together to find out how their area can take advantage of the opportunities of the commercial space age. Each location will use the money to assess their current space capabilities and develop action plans for how they can accelerate the growth of their local space hub.

"Space has gone from a nice-to-have sector to a heavyweight industry in the UK over the past decade – trebling in size and now employing over 42,000 people.

"We know that space will help put fuel back in the tank of the economy as it recovers from the pandemic and are determined this growth will be felt in all corners of the country."

Space hubs will be led by a consortium of Local Enterprise Partnerships (LEPs), combined authorities, academic institutions, research groups and businesses, to look at current strengths and set a strategy for how to grow the space sector in their area.

The UK Space Agency will also support Space Leadership Forums in each region, bringing together local government, business leaders and academia into a representative body that can drive forward this work and champion the sector.

• Science and Technology Facilities Council (STFC), which will lead a project focused on North-West England
• West of England Combined Authority (WECA), which covers Bristol, Bath and North-East Somerset and South Gloucestershire
• City-REDI of the University of BirminghamUniversity of Leeds and Leeds City Region Local Enterprise Partnership (LEP) working across West Yorkshire
• Enterprise M3 Local Enterprise Partnership, which will cover Surrey and Hampshire
• Welsh Government, which will carry out activities across the whole of Wale
• AstroAgency on behalf of the Scottish Space Leadership Council, which will look across all of Scotland

In addition to funding for seven areas in this round, money went to Northern Ireland earlier this year, where a project is being led by Invest Northern Ireland to carry out analysis of its local space sector, to work out where investment would be best directed, continuing the important, collaborative partnership between the UK Space Agency and the Devolved Administrations.

The aerospace industry, which has been dramatically impacted by COVID-19, is an important part of the regional economies of many parts of the UK. This funding will help certain localities explore opportunities to use existing industrial strengths to support the space sector.

New money is just one element of an expanded programme of regional activity which the UK Space Agency will be setting out in the coming months, that will be delivered alongside key partners such as the Satellite Applications Catapult, as part of its commitment to help re-balance the economy and support new high-skilled jobs and careers in space across the country.