For the third time in 4 years, the Home Office has significantly increased financial support for councils who look after children 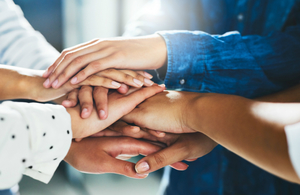 Demonstrating the Home Office’s firm commitment to support local authorities in caring for vulnerable children, further funding has been announced today by the Minister for Immigration Compliance, Chris Philp.

For the third time in 4 years, the Home Office has significantly increased financial support for councils who look after children.

There will be a significant uplift in funding for all local authorities providing ongoing support to those unaccompanied asylum seeking children leaving care. The new rate (£240 per person per week) replaces the previous rates of £150 and £200 per week, representing a 20-60% increase.

There will also be a targeted 25% uplift in funding for local authorities across the UK who are currently looking after the highest numbers of unaccompanied asylum-seeking children when compared to their child population. They will receive a tariff of £143 per child per night instead of the standard rate of £114 per child per night.

Minister for Immigration Compliance and the Courts Chris Philp said:

"Protecting vulnerable children is a key priority for this government and local authorities across the UK continue to provide invaluable support.

"In recognition of this, I am very pleased to announce an increase in funding for local authorities across the UK.

The UK has a long and proud record of providing help to unaccompanied asylum-seeking children. As a result, there are currently over 5,000 being cared for in the UK."

In 2019, the UK received more asylum applications from unaccompanied children than any country in the EU. This amounts to 20% of all such applications made in the UK and the 27 EU Member States.

The UK government is committed to supporting a balanced distribution of children across the UK, which is why it set up the National Transfer Scheme in 2016.