From 1 March 2020 the Northern Rail franchise will be taken into public ownership. All tickets, including season tickets, will still be still valid 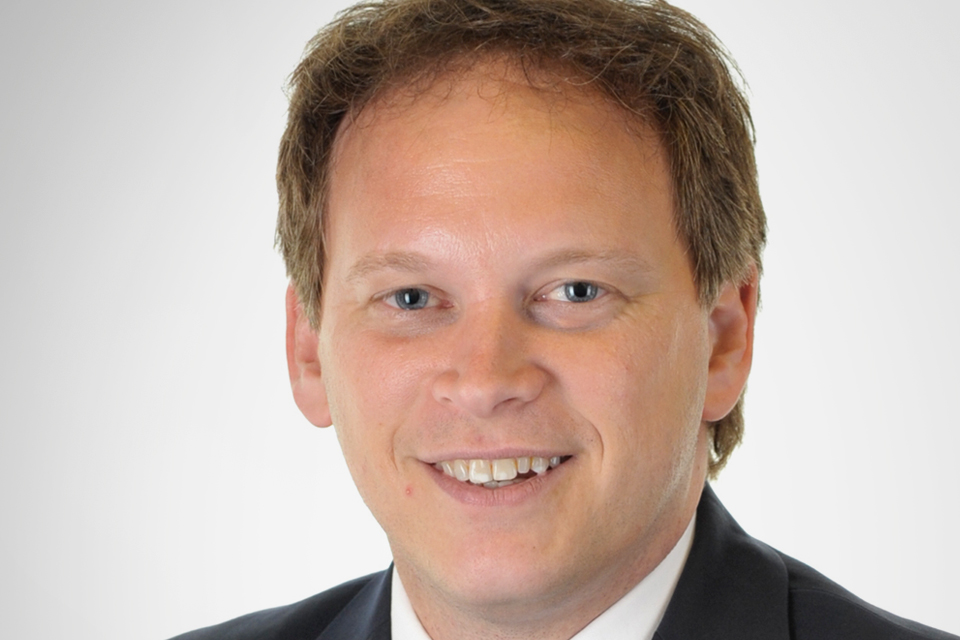 Wherever you live, you deserve a railway that widens your children’s horizon, gives you access to highly skilled, highly paid jobs, and provides a viable green alternative to getting in your car.

For too long, millions of rail passengers in the north of England have not had that. They have had to start and end their working day facing cancellations and delays. Some stations, particularly on Sundays, have been left without trains for hours on end.

In January I announced that the Northern franchise was no longer financially sustainable and would only be able to continue for a small number of months. I am announcing today (29 January 2020) that from 1 March 2020 the Northern Rail franchise will be taken into public ownership and the government will begin operating services through the public-sector operator - the so-called operator of last resort.

The public-sector operator is a company entirely owned by my Department and run by experienced railway managers. It already owns and oversee another franchise, East Coast, which it brands as London North Eastern Railway. Passenger satisfaction has risen in the nineteen months it has been operating the service.

This is a new beginning for Northern, but it is only a beginning. Northern’s network is huge and complex, some of the things which are wrong are not going to be quick or easy to put right. Nonetheless, I am determined that Northern passengers see real and tangible improvements across the network as soon as possible.

The roll out of new trains that’s already begun under Northern will continue and Pacers will be banished very soon on the western side of the Pennines. In Yorkshire, Pacers will be gone by the spring and next year, we will move electric trains from elsewhere on the network to the north, boosting capacity for commuters into Manchester and Leeds.

We know overcrowding is a problem. To ensure we are deploying the trains in the right place to meet demand, we will be trialling new technology to identify crowding pinch points. We will also be extending platforms at 30 stations on the Northern network to allow for longer trains.

We will also be making sure that every journey is made on a train fit for passengers: all Northern’s trains will be deep-cleaned and we will review the cleaning pattern to make sure the first and last passengers travel on trains in the same condition.

Over many months we have seen completely unacceptable numbers of cancellations on Sundays, affecting town centres, businesses, families and community groups. We understand this and I have therefore asked the public-sector operator to prioritise building on the recent agreement with ASLEF to improve the reliability of Sunday services and significantly reduce the number of cancellations.

Beyond this, I have asked Robin Gisby and Richard George, who lead the public-sector operator, to prepare a plan in their first 100 days, to make sure we leave no stone unturned in improving this franchise for passengers.

Improvements can’t be delivered in isolation, so the public- sector operator will work hand in hand with Network Rail to make sure the railway delivers as one, with a single-minded focus on the interests of the passenger. As part of this a newly-created cross-industry North West Recovery Task Force, co-ordinated by Network Rail, will deliver recommendations on how best to boost capacity and performance in the short, medium and longer term.

Many of Northern’s problems are due to inadequate infrastructure. That, too, must change - though inevitably it will take longer than some other improvements. I have instructed the leadership of the public-sector operator to sit down with Network Rail and build a comprehensive new masterplan to review congestion around Manchester. Continuing to assess the Castlefield Corridor, as well as key junctions and interactions across the wider network to develop a series of interventions which will actually deliver the improvements required. This will complement the work already ongoing to develop an ambitious package of enhancement works at Leeds Station.

The vast majority of Northern’s trains pass through Leeds or Manchester, often picking up delay as they do. Improving the railway in these cities will have knock-on effects for passengers across the north of England.

The action we’re taking today is in no way a reflection on Northern’s dedicated and hard-working staff. Staff have had an incredibly tough job to do in challenging circumstances. I want to reassure them that their jobs are safe and they will be transferred to the public-sector operator on their existing terms and conditions. I recognise that many of the staff facilities are not up to scratch and have asked the public-sector operator to look closely at making improvements.

I would also like to be clear that the only differences passengers should notice is services gradually starting to get better. All tickets, including season tickets, will still be still valid.

Today’s announcement will inevitably raise questions about the future of rail privatisation. Over the past twenty years privatisation has reversed over 2 decades of declining passenger numbers and passenger journeys have almost doubled to nearly 2 billion.

However, it is clear that the current model is now struggling to deliver. Across the country a number of franchises are failing to provide the reliable services that passengers require. We know change is needed, and it is coming. The Williams Review is looking at reforms across the railway to ensure customers are at the heart of the system.

The railways were invented in the north of England and last year the Prime Minister promised that we would give the railway back to the places it was born. With local leaders having more power over local services, timetables, fares and stations. Today marks the first small step in that journey. The first step towards the north taking back control of its railways and its people taking back control of their travelling lives, and its economy being strengthened rather than weakened by its transport network.

There will be no more leaving behind, this government is committed to levelling up.