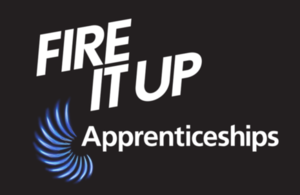 Leading employers have woken up to the benefits apprenticeships bring to their workplaces, Education Secretary Damian Hinds said today, with top firms including Marks & Spencer and Lloyds Banking Group taking on thousands of apprentices on the Government’s new, higher quality apprenticeship programmes.

At a time when many young people will be considering their futures, the Education Secretary wants parents, schools and colleges to make sure apprenticeships are being promoted alongside more traditional academic routes.

So today (Thursday 17 January) the Government is launching a new campaign to promote apprenticeships among young people, parents and employers, whilst confirming that it will write to the largest school trusts who have not published information on their website about how they will ensure providers of vocational education are able talk to pupils in their schools.

As the Prime Minister said in PMQs yesterday, it is important that young people are able to see that there are different routes for them for their futures, different routes into the workplace – and apprenticeships are an important route for some young people. The Government is also writing to local authorities to remind schools about the requirement to do this to make sure pupils have the full range of information about different career paths that are open to them.

"We are seeing the apprenticeship system in this country come of age, with leading employers waking up to the benefits apprenticeships can bring.

"The sad truth is that outdated and snobby attitudes are still putting people off apprenticeships which means they’re missing out on great jobs and higher salaries – many of them in the sorts of firms graduates look to land jobs with after university.

"It’s vital that we challenge people’s thinking about apprenticeships which is why the Government’s new ‘Fire It Up’ campaign will aim to shift deeply held views and drive more people towards an apprenticeship.

"At the same time we need to make sure that young people have access to information about all of the opportunities that are out there so we are taking action to make sure all schools invite a wide range of providers in to help young people choose the right career path for them."

Anyone considering an apprenticeship can be reassured that it offers high-quality training and a range of exciting career options. The new apprenticeships known as ‘standards’ have been developed in collaboration with leading firms to ensure they provide people with the skills and knowledge that they are looking for in job hunters. There is a huge range of apprenticeships to choose from including aerospace engineering, nuclear science, teaching, nursing, digital marketing, fashion and law, with the opportunity to study right up to degree level. Apprentices will earn while they learn and can expect to receive around 700 training hours on average – up from 560 hours the year before.

The Department for Education has launched its new ‘Fire it Up’ campaign to help raise awareness of the huge variety of apprenticeship options available for people of all ages and backgrounds.

The new campaign includes national TV and social media adverts, and a new website that provides helpful advice and information as well as access to thousands of apprenticeship opportunities across the country.

To make sure young people can hear about and understand all the options available to them, like doing an apprenticeship or going to a further education college, the Government backed the Baker Clause in January 2017. The clause stipulates schools must invite a wide range of education and training providers in to help young people choose the right career path for them. Apprenticeships and Skills Minister Anne Milton is writing to the 10 largest Multi Academy Trusts currently not complying with the clause to remind them of their legal duty and if there is evidence that a school is not providing their students with a full range of information, the Government will take appropriate action.

Through its nationwide Enterprise Adviser Network, The Careers & Enterprise Company is also working with schools and colleges to promote technical options and apprenticeships as well giving young people more experience of the world of work.

Analysis has highlighted the positive benefits apprenticeships are bringing to individuals and workplaces across the country, dispelling the myth that a traditional academic route is the only path to a good job. Findings include:

• Of those who completed an apprenticeship, 90% secured a job or went on to further learning, with 88% in sustained employment

• According to a recent survey by the Sutton Trust, more and more young people are considering apprenticeships as an option after leaving school – almost two thirds (64%) said they would be interested in starting an apprenticeship instead of going to university. This is a rise of nine percentage points from 2014, when 55% of young people said they were interested in this route.

Mr Hinds has pointed to these figures as proof that employers and young people are starting to recognise the benefits of apprenticeships to young people and businesses.

"Young people like me are thinking about their options. University is a good idea, but it is not for everyone. Ultimately it wasn’t for me because I didn’t feel it was preparing me for the job I really wanted. My apprenticeship was an amazing combination of world-class on-the-job learning, hyper relevant qualifications, with a clear potential career ahead of me. All while earning a salary!"

The Government is already taking action to transform technical and vocational education in this country. This includes working with employers to overhaul the apprenticeship system so that it delivers higher quality, more flexible apprenticeships that cover a wider range of sectors and professions and introducing new, gold standard T Levels from 2020 – the technical equivalent to A Levels.

In December last year, Mr Hinds set out his 10 year ambition to get more people into skilled jobs that command higher wages and help put Britain’s technical education system on a par with the best in the world. This includes:

• A new generation of Higher Technical Qualifications – an alternative to a university degree to help more people get on in their careers and so employers can access the skills they need. These qualifications at ‘Level 4 and 5’ – like Diplomas of Higher Education and Foundation Degrees – sit in between A Levels and a degree in subjects like engineering and digital. The kind of training that helps someone step up from being a healthcare support worker to a nursing associate or a bricklayer to a construction site supervisor.

• Reforming the pupil destination measure – the information published in school and college performance tables about what higher study or training pupils go on to do after they leave – to create one measure that shows how many young people are doing higher training of any type. The new destination measure will show separately how many young people go on to study degrees, higher technical apprenticeships or Higher Technical Qualifications like a Higher National Diploma.

• Matching skills to jobs – new guidance and a package of support for Skills Advisory Panels – local partnerships between public and private sector employers, local authorities, colleges and universities – to assess what skills are needed in their local area.