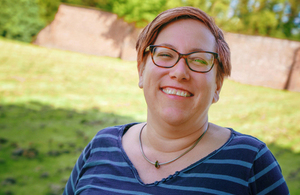 The Coal Authority - the public body that resolves the impacts of mining - has appointed Lisa Pinney MBE as its new Chief Executive following a competitive process. Lisa takes over on 1 June 2018 from Philip Lawrence, who has been Chief Executive of the non-departmental public body for the past 11 years.

Stephen Dingle, Chair of the Coal Authority, thanked Philip for all his hard work and wished him well in his new role as Non-Executive Chair of Headlam Group plc.

“Philip has led the Coal Authority with great distinction for 11 years and I’d like to thank him for all his hard work, support, enthusiasm and dedication. I am delighted to welcome Lisa Pinney and look forward to working with her as she leads the implementation of our new 5 year plan.”

On taking up her new role, Lisa said being Chief Executive of the Coal Authority fits with her commitment to improve the environment for the benefit of communities.

“I grew up in Cornwall and was fascinated by the mined landscape and history around me, so I’m delighted to be joining the Coal Authority to lead its work in managing the impacts of mining in the UK.

“I am looking forward to leading such a passionate group of people who are wholly committed to safeguarding the public and restoring the environment in mining areas. Together we will work to provide peace of mind, enhance value and stimulate economic growth.”

Lisa joins the Coal Authority from the Environment Agency where she was most recently Director of the West Midlands Area and was involved in the management of national incidents, including the 2016/17 winter floods and the 2017 East Coast surge. During her 21 year career at the Environment Agency she also led their sponsor relationship with Defra and other government departments, including the 2013 Triennial Review.

Lisa is passionate about diversity and inclusion and was awarded an MBE in 2014. She served on the board of Stonewall UK from 2012 to 2018, including a term as Treasurer.