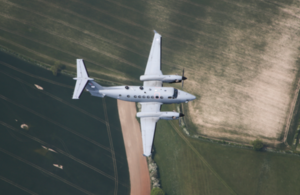 Shadow is a highly capable intelligence, surveillance and reconnaissance aircraft which performs crucial intelligence-gathering on operations all over the world.

Shadow, flown by 14 Squadron RAF, has been on operations above battlefields including Iraq and Afghanistan.

The newly-signed contract with Raytheon will sustain 200 jobs at the company’s facilities in Broughton, North Wales and hundreds more across the UK supply chain.

Services will also be established at RAF Waddington, the home of the RAF’s ISTAR fleet, to ensure aircraft availability under the new contract.

"This £250 million investment will ensure the UK retains its position as a global leader in battlefield intelligence gathering for UK troops and our NATO allies. It is also great news for the economy through the safeguarding of 450 skilled jobs across the country, including 200 in North Wales, confirming the region as a UK centre of excellence for air support."

The support contract will provide maintenance, airworthiness, design and supplier management services as well as modification and integration work which will allow Shadow to be upgraded in the future.

"DE&S is proud to continue to work with our partners across industry to deliver world-class support to the RAF’s Shadow fleet. The continuing investment in support safeguards jobs and expertise which will provide safe and available aircraft in support of UK troops."

Under commitments laid out in the 2015 Strategic Defence and Security Review, the UK is bringing a total of eight Shadow aircraft into RAF service.

"This contract award marks a key milestone in cementing the excellent partnership between the MOD with RSL(UK). It delivers vital ongoing support to operations and, crucially, enables future, rapid development of the SHADOW Platform which will ensure the capability remains at the cutting edge of technology providing a world-class tactical ISR capability for the UK."