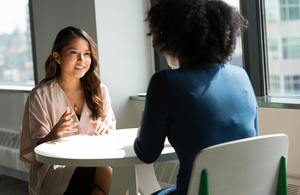 One in twenty civil servants will be an apprentice by 2025, under new plans that will diversify the pipeline of talent into government and spread Civil Service jobs across the country to level up opportunity.

More than 35,000 apprentices have been recruited since 2015, exceeding the government’s manifesto commitment and establishing the Civil Service as a leading provider of apprenticeships. The new strategy will build on this by committing to 5% of the UK Home Civil Service being apprentices by 2025.

The schemes offer people across the UK a route into employment, with a programme of industry-leading training and opportunities for secondment in the private sector equipping apprentices with highly-recruitable skills.

New targets will also bring government closer to the communities it serves than ever before, capitalising on the creation of local hubs to ensure the number of apprenticeship roles in every region reflects local Civil Service workforce numbers. This forms part of the concerted shift of government focus and resources to Britain’s forgotten communities throughout the 2020s. .

An advertising campaign blitz and the promise to harness new initiatives like T-Level work placements will also help ensure at least 39% of apprenticeships are taken up by people from lower socio-economic backgrounds, the Social Mobility Commission benchmark, ensuring the opportunity to work in government is open to everyone.

"With more than 35,000 apprenticeship starts in the Civil Service since 2015, it’s clear that the door is well and truly open for anyone to get in and get on in government.

"The new apprenticeship strategy contains a relentless focus on driving up standards in government, building a pipeline of highly-skilled public servants from across the UK to deliver on the people’s priorities.

"Not only will this improve the quality of public service in the long term, it is also putting young people at the forefront of the government’s work to level up the country."

Leon Soyinka Sinden, a current apprentice who has worked across a range of communications teams in the Cabinet Office, said a Civil Service apprenticeship had set him up for success:

"Going straight from school to the heart of government is daunting at first, but it’s given me so much confidence in myself.

"After only 4 months, I’ve had so many incredible experiences and opportunities - working on large scale national projects at this stage in my career is a privilege. I know I’ll leave this apprenticeship with the skills needed to have an amazing career."