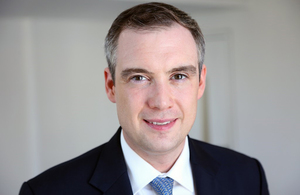 The Education Secretary Gavin Williamson has named Lord Wharton of Yarm as his preferred candidate to be the next Chair of the Office for Students, following approval by the Prime Minister.

Lord Wharton will now go on to attend a pre-appointment hearing before the Education Select Committee on a date to be confirmed by the Committee.

As the independent regulator of higher education in England, the Office for Students (OfS) aims to ensure that every student, whatever their background, has a fulfilling university experience that enriches their lives and careers.

Lord Wharton has been selected following a rigorous assessment process conducted in accordance with the Governance Code on Public Appointments.

He will take over from Sir Michael Barber whose appointment ends on 31 March 2021.

"I look forward to finalising the appointment of Lord Wharton as the next Chair of the OfS who will bring strategic direction to the role.

"He will play a vital part in ensuring students from all backgrounds are at the heart of the higher education system, receiving a high quality education and value for money from our universities.

"I am very thankful to Sir Michael for his work setting up and transforming the Office for Students and particularly for his work tackling unconditional offers, senior executive pay and grade inflation."

The Chair leads the OfS at board level, working with Ministers and the Chief Executive to provide clear leadership and priorities for the next phase of the OfS’ critical work.

Lord Wharton was the Chairman of Hume Brophy UK Communications up until November 2020. He served as the Parliamentary Under Secretary of State for International Development from July 2016 to June 2017 and served as Parliamentary Under Secretary of State at the Department for Communities and Local Government, with responsibility for Local Growth and the Northern Powerhouse from May 2015 until July 2016. Prior to that he worked as a solicitor. He was awarded a life peerage to the House of Lords in September 2020.