The Government has set out its plan to ban the distribution and sale of plastic straws, drinks stirrers and cotton buds 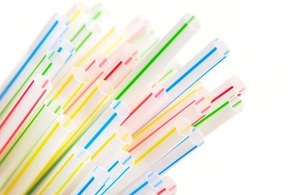 The Government has today (22 October) set out its plan to ban the distribution and sale of plastic straws, drinks stirrers and cotton buds to protect our rivers and seas.

The plan is subject to a consultation launched by Environment Secretary Michael Gove.

Even though non-plastic alternatives are readily available, these single-use plastic items are used for just a few minutes but take hundreds of years to break down. Cleaning up the effects of littering costs local Government millions of pounds every year.

In order to eliminate these items from use, the Government intends to introduce a ban on their distribution and sale. The ban would come into force at some point between October 2019 and October 2020, subject to the views collected during consultation.

We recognise there are instances where using plastic straws is necessary for medical reasons and our consultation seeks views on how to ensure those who need straws for medical and accessibility reasons can still use them. For example, pharmacies will still be able to sell plastic straws and restaurants, pubs and bars will be able to stock some straws for use on request. The Government will work closely with stakeholders to ensure these exemptions are crafted exactly right.

"Our precious oceans and the wildlife within need urgent protection from the devastation throw-away plastic items can cause.

"In England we are taking world-leading action with our ban on microbeads, and thanks to the public’s support have taken over 15 billion plastic bags out of circulation with our 5p charge.

"I commend retailers, bars and restaurants that have already committed to removing plastic straws and stirrers. But we recognise we need to do more. Today we step-up our efforts to turn the tide on plastic pollution and ensure we leave our environment in a better state than we inherited it."

The announcement follows the success of the government’s world-leading ban on microbeads and 5p charge on single-use plastic bags, which has seen distribution by major supermarkets drop by 86%.

"Our society’s addiction to throwaway plastic is fuelling a global environmental crisis that must be tackled.

"Ministers are doing the sensible thing by looking to ban single-use plastic items that can be easily replaced with better alternatives or that we can simply do without. But this should be just the start.

"If we are to protect our oceans from the scourge of plastic, the flow of waste needs to be cut off at the tap. And that means the companies producing and selling all this packaging must take responsibility for it and cut down the amount of plastic ending up in our shopping baskets."

"We wholeheartedly welcome this consultation on an issue of vital importance and one which hospitality has already taken significant action.

"Since UKHospitality’s Unpack the Future of Hospitality summit in the spring, thousands of pubs clubs, restaurants and hotels across the UK have changed their straws and stirrers to biodegradables, or adopted policies that cut or eliminate their use in their venues.

"The Government is seeking views on how we can cut plastic waste and we look forward to continued engagement to play a part in achieving that goal."

It is estimated there are over 150 million tonnes of plastic in the world’s oceans and every year one million birds and over 100,000 sea mammals die from eating and getting tangled in plastic waste. A recent report estimates that plastic in the sea is set to treble by 2025.

Today’s move builds on the Prime Minister’s recent visit to Kenya, where she announced a further five African Commonwealth Countries (Seychelles, Mauritius, Sierra Leone, Mozambique and the Gambia) have joined the Commonwealth Clean Oceans Alliance, pledging their support to end the scourge of plastics in our oceans. The Alliance, announced in April during the Commonwealth Heads of Government Meeting (CHOGM), sees countries across the Commonwealth join forces in the fight against plastic, whether through a ban on microbeads, a commitment to cutting down on single-use plastic bags, or taking other steps to eliminate avoidable single-use plastic.

The UK government has committed a £61.4 million package of funding to boost global research and help countries across the Commonwealth stop plastic waste from entering the oceans in the first place.

The government is also looking at further ways to reduce avoidable waste and recycle more as part of its Resources and Waste Strategy to be published later this year.

• Single-use plastics can be defined as all products that are made wholly or partly of plastic and are typically intended to be used just once and/or for a short period of time before being disposed of.

• The figure that plastic in the sea is set to treble is taken from the Future of the Sea report, 2018.

• The consultation will be open for six weeks.