International space projects in robotics, disaster relief and space debris could be among the new pioneering collaborations backed by £5 million of new Government funding 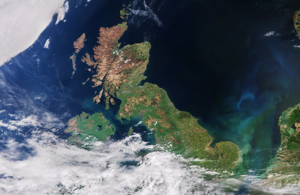 Funding – from £250,000 to £2.5 million - will be given to the best international collaborative projects from UK industry, academia and research organisations.

"The UK’s space sector is playing a critical role in tackling some of the world’s greatest challenges - from monitoring climate change to providing vital relief for countries affected by natural disasters.

"Today’s funding will provide the UK’s leading space scientists and researchers with an international platform to continue fulfilling the incredible potential of space technology, working collaboratively with our global partners, while boosting UK space exports and creating skilled jobs."

"This funding is an important step to growing the UK space sector’s influence on the global stage.

"There are over 100 space faring nations across the world now, many of which are looking to collaborate with the UK. This funding enables us to seize those opportunities and develop them, creating high-skilled jobs and boosting our economy."

This funding builds on the UK Space Agency’s existing work on the world stage. In June the UK and US governments signed an agreement which paves the way for US companies to operate from UK spaceports and export space launch technology, as the UK aims for the first launches from the early 2020s.

In September 2019 the UK signed an agreement with the Australian Space Agency to lay the foundations for swift and amicable negotiations for space-related opportunities under any potential future UK-Australia trading arrangements.

The UK space sector is a huge economic success story, growing by over 60% since 2010. The industry already supports £300 billion of UK economic activity through the use of satellite services, and employs more than 40,000 people. There are further opportunities, with the space sector estimating a £60 billion future market in new Earth observation and communication technologies.

Stronger international relationships and the ability to fund new projects are crucial to meeting the Government’s increased ambitions for space. New funding will help boost UK space exports, which are already worth £5.5 billion each year, in areas such as satellite platforms, sensing systems and advanced software.

The UK also remains a leading member of the European Space Agency, which is independent of the EU.