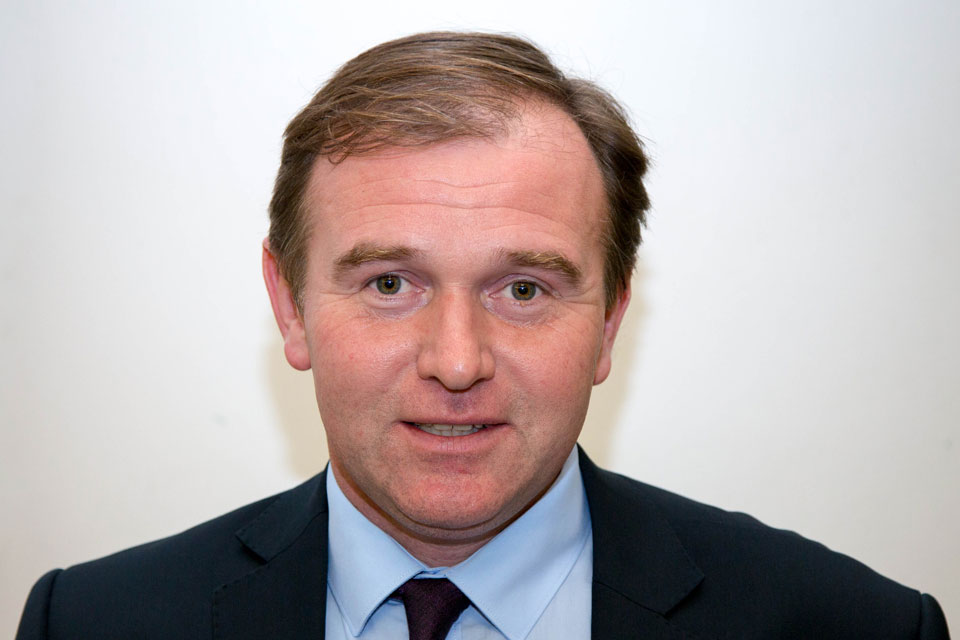 I would like to begin by thanking all those who have been working hard to protect and enhance our environment over the past few months. It is great to see sites open to the public again but I am also conscious that this crisis has had financial impacts on many organisations, impacts on membership and that you face real pressures in keeping nature reserves and parks open.

The impacts of this pandemic will be felt deeply for many years, but the experience has also led people to appreciate the difference that nature makes to our lives in a new way. There is an increased awareness of the link between our own health, and that of the planet.

Studies across the spectrum, from health to financial risk, remind us that it is in our best interests to look after nature. We know that a connection with nature contributes to well-being, and improved mental health. So starting this autumn, we’ll be investing a further £4m in a two-year pilot to bring green prescribing to four urban and rural areas that have been hit the hardest by coronavirus and then we want to scale that project up.

When we destroy nature, we undermine our very foundations. Every country faces a choice as they map out their recovery - store up problems by sticking with the status quo, or get back on our feet by building back better and greener.

In our own country, nature has been in decline for decades. The last breeding populations of Kentish plovers were lost in 1928. Between 1932 and 1984, we lost 97% of our species-rich grassland - and heathlands have fared little better. Five species of butterfly have become extinct in the last 150 years. And our farmland bird indicator stands at less than half its value of 1970 – following a precipitous decline during the 1980s and 90s, and further losses since.

This Government’s pledge is not only to stem the tide of loss, but to turn it around - to leave the environment in a better state than we found it.

In a few months’ time the Transition Period will come to an end, and the UK will be free to chart a new course. It is an important moment for policy makers and nowhere more so than in our approach to the environment.

As a country we have opted for the freedom to act and to decide our own environment policies in future. But with that freedom comes new responsibilities. It will no longer be the case that the UK can register a position as an outlier around the table during the development of a particular EU dossier, safe in the knowledge that a QMV voting system will always drive out something more nuanced. Instead we must learn to temper our own approach. And we will not be able to hide behind EU law when there are difficult decisions to make or indeed blame the EU when things don’t work. Instead we must level with people about difficult decisions and take responsibility for delivering the change that is required.

Tackling environmental challenges requires a long-term approach and political commitment to that journey – even when the political cycle can be short term. So we will shortly be publishing a paper that sets out our approach to setting long-term targets on biodiversity, waste, water, and air quality through the new Environment Bill, so they are established in time by October 2022. We will shortly be launching the appointment campaign for the first Chair of the Office for Environmental Protection so that they will be in place to lead a new Public Body in 2021 – to scrutinise and assess progress towards these targets.

When it comes to our new approach to the environment, we must have an appreciation of what worked in the EU in the past, and also what didn’t work. Where there were approaches inside the EU that helped our environment, we should recognise these and be willing to borrow features from them.

But there is no point leaving the EU to keep everything the same. The old model has not stopped the decline in our natural world. We must therefore challenge ourselves to think creatively, to innovate and to consciously avoid clinging to processes and procedures just because they are familiar. On environmental policy, we can do better or differently, and I want to open a discussion in this space today.

And of course, leaving the EU table does not mean retreating from our role in the world. In fact it means we should redouble our efforts globally.

Long before we joined the EU, the UK was a driving force in establishing other international conventions to help our natural environment. We turned the IWC from being a forum that decided quotas for whaling to being a force for conservation. We were in at the beginning when CITES was first mooted in 1963 to protect endangered species, when Ramsar protected wetland areas in 1971, when the Bern Convention protected habitats and species, when the convention on the Conservation of African-Eurasian Migratory Waterbirds was introduced, and later when CBD was established to safeguard biodiversity.

Next year we will host COP26 where we will be seeking to secure international action on climate change and biodiversity loss which will include emphasising the role of nature-based solutions in that global endeavour – such as our work to tackle illegal deforestation and promote sustainable supply chains.

Now a few years ago, shortly after becoming a Minister in Defra, I remember being given a huge report running to hundreds of pages setting out exactly what the UK was doing to deliver its obligations under the Marine Strategy Framework Directive. It was a formidable piece of work which listed every piece of legislation we already had including laws like the Protection of Seals Act 1970. But a covering note to the document recommended that I need not waste my time reading it because it said nothing new, committed us to nothing we were not already doing, and was mainly a summary of the laws and measures that we already had in place dating back to the 1960s. When I asked what the purpose of the document was, the answer came back that “it’s just a requirement of EU law”.

Now EU environmental law always has good intentions but there are also negative consequences to attempting to legislate for these matters at a supranational level. It tends to lead to a culture of perpetual legal jeopardy where national governments can become reluctant to try new things or make new commitments for fear of irreversible and unpredictable legal risks. This in turn creates a culture where there are frankly too many lawyers and not enough scientists and too many reports but not enough action.

So, as we chart a new course for our approach to protecting the environment, we can retain the features that worked and change the features that didn’t. We should recognise that the environment and our ecosystems are a complex web of interactions that mankind will never fully understand let alone manage. We should re-balance the way we approach policy development with more focus on science and technical knowledge and less time fretting about legal risks of doing something new or innovative. We should have fewer reports that say nothing new – but more new ideas that we should actually try.

And we should be willing to try new approaches safe in the knowledge that we have the power to change things again if a policy idea fails. Our targets framework should give us a clear set of objectives to work to but to meet those targets our approach to policy development must be agile or iterative and must create the space for more experimentation and innovation.

If we are to protect species and habitats and also deliver biodiversity net gain, we need to properly understand the science to inform these crucial decisions. And we should ask ourselves whether the current processes are as effective or efficient as they could be.

Is there sufficient access to data and knowledge to know which species should be assessed? If we had better more up to date data about things such as flood risk, habitats, species, and air quality could we design plans for sustainable new projects and developments more effectively and efficiently than we do now? Do we have enough focus on improvements at a landscape scale? Do Local Authorities adopt a consistent approach to the screening process through Environmental Impact Assessment? Do they have the capability to engage over the lifetime of a project?

Later this autumn we will be launching a new consultation on changing our approach to environmental assessment and mitigation in the planning system. If we can front-load ecological considerations in the planning development process, we can protect more of what is precious.

We can set out which habitats and species will always be off-limit, so everyone knows where they stand. And we can add to that list where we want better protection for species that are characteristic of our country and critical to our ecosystems that the EU has sometimes overlooked– things like water voles, red squirrels, adders and pine martens. We want everyone to be able to access an accurate, centralised body of data on species populations so that taking nature into account is the first, speedy step to an application.

So today I can announce a £5m pilot on establishing a new Natural Capital and Ecosystem Assessment. At the heart of our approach is a simple premise. If we can improve the baseline understanding of habitats and species abundance across the country in every planning authority, then we can make better decisions towards achieving our vision to leave the environment in a better state than we found it. We can reduce process while simultaneously improving the quality of the data that informs our decisions. We can move quickly to rule out issues that we know don’t exist leaving us time to focus on the protections that matter most for the species and habitats most affected – so we ensure that new developments really do mean a net gain for people and for nature.

In conclusion, in recent decades, our approach to environmental regulation, particularly in regards to nature and biodiversity, has been to protect what is left and to stem the tide of decline. We have had some successes so far as that approach goes and should acknowledge this. However, if we really want to realise the aspirations that the public have for nature then we need policies that will not only protect but that will build back – with more diverse habitats that lead to a greater abundance of those species currently in decline.

Delivering this change is what lies at the heart of our approach to future farming policy, our approach to biodiversity net gain in the planning system, and also behind other initiatives like highly protected marine areas that we intend to pilot. Building back greener means what it says, and I want to work with all of you to make that happen.