New centre for excellence at the University of York, backed by £4.8m, will coordinate the work of nine MFL hub schools to encourage uptake across the country 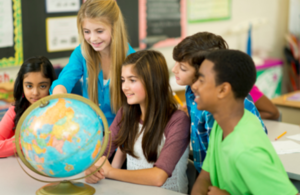 The centre, which will be known as the Centre for Excellence for Languages Pedagogy, will work with schools to help more young people learn foreign languages. It is the latest in a series of government initiatives to build a nation of confident linguists.

The university will now coordinate the work of nine modern foreign languages hubs – leading schools that are working with other schools and sharing best practice - to boost the teaching of Spanish, French and German.

In 2017, a survey of employers by the Confederation of British Industries (CBI) and Pearson found that only a third of businesses rate the foreign language skills of school and college leavers entering the jobs market as satisfactory, with the major EU languages of French, German and Spanish most in demand.

"It is important to equip all young people, regardless of their backgrounds, with the language skills this country needs as an outward looking global nation.

"In the application process the University of York demonstrated that it has the vision and expertise to be at the forefront of the work to improve the way in which foreign languages are taught in schools and to increase the take up of languages at GCSE.

"The hubs are already having a positive impact and this direction will help them go from strength to strength."

"This very solid investment in foreign languages education is welcome evidence of a commitment to nurturing relations with other cultures and offering a broad education to all.

"Learning languages is associated with a whole raft of benefits - personal, cognitive, cultural, social, and economic. Yet, in a largely English speaking population, we have a special set of challenges in teaching foreign languages and the centre’s work will help teachers to make the most of every opportunity that can be offered by secondary schools.

"In fact, in the history of public support for languages education in England, this investment offers a unique opportunity for researchers and expert teachers to work together and draw on high quality, international research into language learning and teaching.

"This research will inform rigorously designed materials that will be made freely available to all."

The centre for excellence – backed by £4.8 million over the next four years – will raise the standard of teaching in languages based on the Latin alphabet like French, Spanish and German by taking forward recommendations made in the Teaching Schools Council’s Modern Foreign Language Pedagogy Review led by expert headteacher and linguist Ian Bauckham CBE.

"Improving the teaching and take up of modern foreign languages in our schools is a central priority. Languages are an essential part of a rich and rewarding school curriculum, and an improved national language capacity is needed for the United Kingdom to continue to play a role as an outward-facing trading nation.

"I am delighted that the Government is investing in a centre for excellence to play a lead role in helping school and teachers to develop practice in MFL on the basis of research and evidence.

"The University of York will be collaborating with a number of strong partners to support the newly created national network of MFL lead schools and hubs, basing its work on the 2016 Teaching Schools Council report on MFL pedagogy.

"I have every confidence that this work will help lead to a much needed renaissance in the teaching and learning of languages in our schools."

The University was chosen as the centre for excellence after a competitive tendering process that judged it against a number of key criteria including its plans to improve modern foreign language take up in participating schools and its approach to teaching practices.

It will start work with the hub schools immediately.

We have also appointed Cardiff University through a competitive process to run a mentoring project to encourage pupils’ interest in languages. Based on their effective model in Wales, Cardiff University will be delivering ‘Language Horizons’ in South Yorkshire, in partnership with Sheffield University and Sheffield Hallam University.

This pilot project will see university students mentoring 200 Year 9 pupils in ten schools through a six week programme of online and face to face engagement, showing them the value of languages in a global world. The aim is to inspire these pupils to take up languages at GCSE level and beyond.

The Government has already made modern foreign language teaching a priority through its inclusion in the English Baccalaureate and more pupils are now studying them at GCSE than in 2010. The first pupils have just sat the new gold standard modern foreign language GCSEs, which are on a par with the best in the world and deliver the skilled workforce Britain’s industries need.