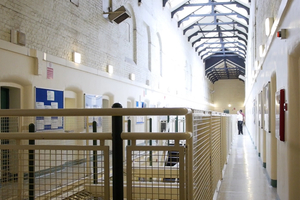 • funding builds on government’s vision for the future of jails
• £2.75 billion package to transform the prison estate

The new and significant investment will update critical infrastructure such as fire systems and boilers, refurbish cells and showers and improve conditions for those living and working in prisons requiring the most urgent attention.

The funding builds on the government’s previous announcements to transform the prison estate, totalling £2.75 billion:

• with up to £2.5 billion to provide 10,000 additional prison places and create modern, efficient jails that rehabilitate offenders, reduce reoffending and keep the public safe

• a further £100 million will also bolster prison security, clamping down on the weapons, drugs and mobile phones that fuel violence, self-harm and crime behind bars

• in addition to the £156 million for pressing maintenance announced today.

"This substantial investment will drive much needed improvements in our jails – providing our hardworking staff with the right conditions to do their jobs and creating a safe and decent environment that gives offenders hope to move away from a life of crime.

"This government is spending £2.75 billion to transform the estate, with modern, efficient prisons that drive rehabilitation and reduce reoffending - ultimately protecting the public."

Work to deliver new prison places is already underway, with the construction of a new prison in Wellingborough, Northamptonshire, Glen Parva in Leicestershire and a new houseblock at HMP Stocken in Rutland, which opened in June.

Plans to convert HMP Haverigg into an open jail with a doubled capacity by the end of the year are also progressing.

The £2.75 billion investment in the prison estate is part of a government-wide crack-down on crime which includes 20,000 more police officers on the streets and stronger sentences for those who commit the most serious crimes.