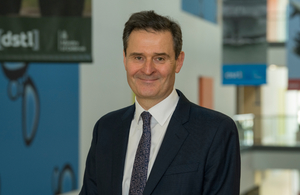 After 3 years leading Dstl (the Defence Science and Technology Laboratory), the Chief Executive Gary Aitkenhead is stepping down to take up a role with a global technology company.

During his time at Dstl, Gary has overseen the organisation’s response to the Novichok incident, its support to combat COVID, and its wider work to deliver the science inside defence and security.

Dstl’s Chief Operating Officer Doug Umbers is stepping into the Chief Executive role while a successor is sought. Doug said: “Gary has led and overseen a number of high-profile activities during his time at Dstl, and we wish him well in his next venture. I am looking forward to leading Dstl’s world-class experts to deliver cutting-edge science and technology.

From:
Defence Science and Technology Laboratory