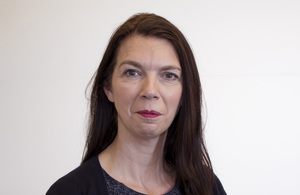 Angela is currently Director General for Customer Services Group at HMRC – a role she has held since 2017.

Angela’s tenure in her current role has seen significant improvements and modernisation in our customer services across the board through putting the customer’s needs at the heart of our strategy.

"I am delighted that Angela has been appointed as Second Permanent Secretary at HMRC. Her blend of operational experience, gained in a variety of leadership roles both in the Civil Service and in the private sector, will be invaluable as she joins Jim Harra in leading HMRC’s 65,000 people through the next phase of the organisation’s ambitious transformation programme. I look forward to welcoming Angela to the Permanent Secretaries’ group."

"I’d like to congratulate Angela on her appointment – I’m thrilled to have her join me in leading this fantastic organisation at such a critical time. Angela succeeded in a tough competition for this role, and she brings a proven commitment to creativity and operational excellence with her as she moves on from her time leading our Customer Services Group."

"This is a fantastic opportunity for which I’m tremendously grateful. I’m so proud of what we’ve delivered over the last few months as we’ve come to the aid of businesses and individuals right across the UK. That dedication and innovation is clear to see in each and every team within HMRC and I now look forward to taking on this new challenge as we move forward together."

Angela will take up her new role on 1 August 2020, and a competition will soon commence to appoint a successor to lead HMRC’s Customer Services Group.