In her new role, the Chief Executive of the Valuation Office Agency will oversee resolution of tax disputes 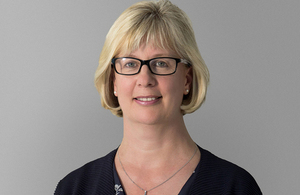 Melissa Tatton has today (15 October 2019) been appointed as HMRC’s Tax Assurance Commissioner, overseeing the assurance and dispute governance arrangements that allow Parliament and the public to be confident that HMRC secures the right tax under the law when resolving tax disputes.

She also becomes chair of the Professional Standards Committee and head of the tax profession.

Melissa, who retains her VOA responsibilities, does not directly engage with taxpayers to discuss their specific tax liabilities, nor is she responsible for the HMRC operational teams that manage taxpayers’ compliance.

Melissa joined the Inland Revenue as a graduate tax inspector and has forged a successful career as a tax leader across a wide range of roles.

She took up her current post as Chief Executive of the Valuation Office Agency in September 2017, and was previously HMRC Director for Individuals and Small Business Compliance; Director, Large Business Service and Deputy Director, Business International.

The Tax Assurance Commissioner role was introduced in 2012 to strengthen HMRC’s governance and assurance of tax disputes.

It provides assurance to Parliament and the public that HMRC handles civil tax disputes in accordance with the law and its litigation and settlement strategy - avoiding unnecessary disputes, conducting them in a non-confrontational, collaborative and transparent way and resolving them to collect the tax that is due under the law without unnecessary delay.

The Tax Assurance Commissioner chairs a panel of 3 HMRC Commissioners who make decisions in the largest and most sensitive cases as well as a sample of smaller cases.

The role also oversees HMRC’s tax settlement assurance programme to ensure that the department monitors and continuously improves its management of tax disputes.