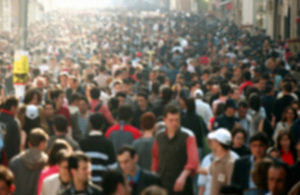 The landmark draft Domestic Abuse Bill has been published today (Monday 21 January), aimed at supporting victims and their families and pursuing offenders. It comes as it is revealed domestic abuse issues cost the country £66 billion a year.

To help tackle the crime, new legislation will:

• introduce the first ever statutory government definition of domestic abuse to specifically include economic abuse and controlling and manipulative non-physical abuse - this will enable everyone, including victims themselves, to understand what constitutes abuse and will encourage more victims to come forward

The Home Office has published a report into the economic and social cost of domestic abuse, which reveals the crime cost England and Wales £66 billion in 2016 to 2017.

According to the research, the vast majority of this cost (£47 billion) was a result of the physical and emotional harm of domestic abuse, however it also includes other factors such as cost to health services (£2.3 billion), police (£1.3 billion) and victim services (£724 million).

"I have heard absolutely heartbreaking accounts of victims whose lives have been ripped apart because of physical, emotional or economic abuse they have suffered by someone close to them.

"The draft Domestic Abuse Bill recognises the complex nature of these horrific crimes and puts the needs of victims and their families at the forefront.

"This government is absolutely committed to shining a light on domestic abuse to ensure this hidden crime does not remain in the shadows."

It is estimated that around two million adults experience domestic abuse each year, affecting almost 6% of all adults. Women are twice as likely to be victims than men.

The draft bill will introduce measures:

• to address coercive control and economic abuse, and how domestic abuse affects children
• to transform the response in the justice system

The bill will also ban the distressing practice of domestic abuse victims being cross-examined by perpetrators in the family courts.

"Domestic abuse shatters lives and tears families apart. It can happen anywhere, to anyone.

"Protecting victims, as well as supporting survivors, is at the heart of our strengthened response to this horrific crime.

"Our draft Domestic Abuse Bill and wider package of measures, unveiled today, will bolster the protection for victims and will help expose and bring the vile abusers to justice."

"Domestic abuse destroys lives and warrants some of the strongest measures at our disposal to deter offenders and protect victims.

"That is why we are barring abusers from cross-examining their victims in the family courts - a practice which can cause immense distress and amount to a continuation of abuse - and giving courts greater powers, including new protection orders, to tackle this hideous crime.

"By pursuing every option available, to better support victims and bring more offenders to justice, we are driving the change necessary to ensure families never have to endure the pain of domestic abuse in silence."

Between the draft bill and its consultation response, the government is making 120 commitments to tackle domestic abuse. Amongst these are a series of non-legislative measures which include:

• £8 million of Home Office funding to support children affected by domestic abuse
• a new crisis support system for those with no recourse to public funds
• additional funding and capacity building for services for disabled, elderly and LGTB victims
• updated support, training and guidance on economic abuse
• new and additional training for job centre work coaches, police, social workers and probation staff to help them recognise and effectively tackle abuse
• improved support for victims in the family court
• additional £500,000 funding for provisions for male victims

"Refuge welcomes the draft bill announced by the government today. Refuge staff deal with the human misery of domestic violence every day. The cost to women and children’s lives is devastating. But now the immense cost to the taxpayer has been laid bare, too. Domestic violence is truly everybody’s business.

"This bill represents a once in a generation opportunity to address domestic violence; but in order to do so, we must ensure its aspirations are matched by adequate resource. We will continue to work closely with the government to ensure the final bill meets the needs of the women and children we support."

"We welcome the government’s set of proposals, particularly putting a greater focus on perpetrator accountability, both through the legal system, civil powers, and programmes that seek to change abusive behaviour.

"The government estimates today that perpetrators cost the economy £66 billion - more than the cost of alcohol and drug misuse, cigarettes and obesity combined. It affects more than 2 million people every year.

"For too long, we’ve expected victims and children to uproot their lives while the perpetrators remain invisible and unchallenged by the system. The new change in approach reflects what hundreds of survivors told SafeLives they wanted – we’re pleased the government is listening."

"Domestic abuse costs lives and it costs money. It is happening at epidemic levels yet it has been largely hidden behind closed doors. Now is the time to bring it out into the spotlight and address the impact of domestic abuse properly once and for all.

"The Domestic Abuse Bill has the potential to create a step change in the national response and this must be backed up with sustainable funding for our life-saving network of specialist support services to make a real difference to survivors’ lives.

"We look forward to working with the government, our member services and survivors themselves to make sure survivors have the resources and support they need, as well as address the root causes of domestic abuse so that every woman and child can live free from fear and abuse."

"Economic abuse can prevent victims from leaving an abuser and thwart their efforts to rebuild their lives safely - it can even create new risks.

"Through committing to ensure that practitioners have access to training and guidance on economic abuse, the government has recognised that physical and economic safety are entwined.

"These new measures will help bring economic abuse out of the shadows and will transform responses, ensuring that victim-survivors are able to access the support they so desperately need."