New funding has been secured to help communities work with young people and prevent them from being drawn into knife crime, Minister Victoria Atkins announces today 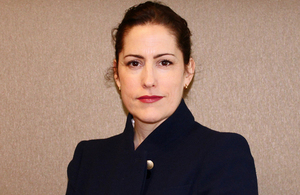 As part of a new step-change to tackle the threat of violent behaviour, the Community Fund – which supports community projects to work with young people about the dangers of carrying knives – will have its funding increased to up to £1 million.

Over 40 charities, including the Ben Kinsella Trust, have already benefited by receiving grants of up to £20,000 through the first round of the Community Fund which was launched in October 2017.

In addition, further funding has been secured for Young People’s Advocates until at least the end of March 2019, to provide support for vulnerable women and girls at risk of exploitation by gangs.

Knife crime has devastating consequences for families and local communities and I am determined to provide necessary support for those most at risk.

Tackling this crime needs a change in young people’s attitudes so they are not tempted to carry a knife and understand that they risk inflicting serious injury or even a tragic loss of life if they do.

This new funding will allow communities to work with young people so they do not want to carry knives. This will be a commitment in the forthcoming Serious Violence Strategy which will be published later this spring, in which there will be a strong emphasis on early intervention.

The Home Office has already provided around £2.5 million of funding for 13 Young People’s Advocates over 6 years (April 2012 to March 2018) in London, Manchester and Birmingham. In recognition of the important services these professionals deliver to vulnerable women and girls affected by gangs, funding will continue in order to ensure effective delivery of these services.

Early intervention and prevention will be one of the main messages in the new Serious Violence Strategy to be published later this spring. It will place a new emphasis on steering young people away from crime, while continuing to promote the strongest possible law enforcement approach.