Government confirms the biggest changes to building safety in a generation 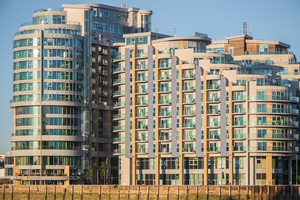 Housing Secretary Robert Jenrick MP has today (2 April 2020) announced ambitious steps to further reform the building safety system with the biggest changes in a generation to ensure residents are safe in their homes.

The government’s construction expert, David Hancock, has also been appointed to review the progress of removing unsafe ACM claddings from buildings.

The reforms are designed to incentivise compliance and to better enable the use of enforcement powers and sanctions, including prosecution where the rules are not followed.

The Housing Secretary will hold a roundtable with mortgage lenders to work on an agreed approach to mortgage valuations for properties in buildings under 18 metres tall, providing certainty for owners affected by vital building safety work.

"The government is bringing about the biggest change in building safety for a generation.

"Today we have made a major step towards this by publishing our response to the Building a Safer Future consultation. This new regime will put residents’ safety at its heart, and follows the announcement of the unprecedented £1 billion fund for removing unsafe cladding from high-rise buildings in the Budget.

"Today we are also announcing that the housing industry is designing a website so lenders and leaseholders can access the information needed to proceed with sales and re-mortgaging, and the government stands ready to help to ensure this work is completed at pace.

"Building safety is a priority and the government is supporting industry in ensuring homes are safe at this difficult time."

The measures build on recent announcements including:

• the introduction of the Fire Safety Bill, which took us one step further in delivering the recommendations of the Grenfell Inquiry’s Phase One report

The latest non-ACM (aluminium composite material) cladding testing results have been published today and show that none of the materials, including high-pressure laminate (HPL) and timber cladding, behaved in the same way as ACM.

The government recognises the challenges presented to the building industry by COVID-19. The work to remove unsafe cladding from buildings is critical to public safety and so remains a top priority.

The government is supporting building owners, managers and residents to ensure remediation work continues where it is safe to do so. The government has also made clear that vital maintenance and repair work can continue to take place in line with public health guidance.

Following the Grenfell Tower fire on 14 June 2017, Dame Judith Hackitt undertook an independent review of building regulations and fire safety. The government consulted on its proposals for a new building and fire safety system, based on Dame Judith’s review.

The government will legislate for the new reforms through the Building Safety Bill. We are committed to bringing forward legislation that delivers meaningful and lasting change at the earliest possible opportunity. Residents’ safety will be at the heart of these reforms.

Earlier this year, the government announced that it is creating a new, national Building Safety Regulator, which is already being established in shadow form by the Health and Safety Executive.