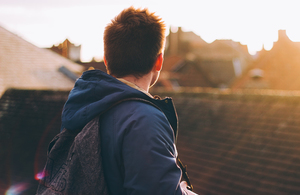 The annual rough sleeping statistics, published today (24 February 2022), show that rates have fallen for a fourth year in a row with a 9% reduction in rough sleeping compared to last year. Numbers have fallen in every region of England, taking levels to an 8-year low overall.

"The government remains focused on ending rough sleeping by the end of this parliament and we’re making excellent progress towards this.

"Today’s figures are testament to that, showing our investment is helping more people have a roof over their heads and the best possible chance of turning their lives around."

£800 million has been invested this year alone to tackle homelessness and rough sleeping, with £2 billion committed over the next 3 years.

This includes providing 6,000 long-term homes through the £433 million Rough Sleeping Accommodation Programme and up to £52 million for rehab and detox services for people with drug or alcohol issues.

The government has committed to publishing its Rough Sleeping strategy, to set out a plan for how it will continue its work to end rough sleeping by ensuring rough sleeping is prevented in the first instance, and responded to effectively in the rare cases where it occurs.

As part of its commitment to be more transparent, the government has published additional data on the support available for rough sleepers, providing a fuller picture so the problem can be tackled.

From:
Department for Levelling Up, Housing and Communities
Eddie Hughes MP