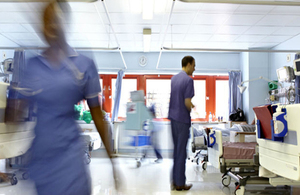 Construction work on the state-of-the-art Royal Liverpool Hospital will restart, following work coming to a halt after the collapse of construction firm Carillion earlier this year.

The government has backed the local trust’s proposal to end the private finance initiative (PFI) deal and continue work on the hospital with public sector funding. This will minimise the delay in opening the hospital to patients across Merseyside.

Construction work had begun on the new hospital, part of The Royal Liverpool and Broadgreen University Hospitals Trust NHS Trust, under the PFI deal. However, work stopped when the firm carrying out the work, Carillion, went into liquidation.

Since then, the trust and the government have worked closely to find a solution that puts patients first. Despite constructive engagement from the lenders who have funded the project to date, they have concluded they will be unable to complete and operate the hospital under the original terms. The government has announced its support for proposals to complete construction work within the public sector as quickly as possible, and open the hospital to patients in 2020.

The hospital will have 646 beds on 23 wards, including a state-of-the-art critical care unit and a large clinical research facility. It will have 18 operating theatres and the emergency department will be one of the biggest in the North West.

"When I visited the new Royal Liverpool Hospital in May, I made clear the government’s commitment to ensuring the construction of this state-of-the-art hospital was finished. I am pleased to today confirm that the government will step in and publicly fund the remaining work so that the hospital is completed, as it has also done with the Midland Metropolitan Hospital in Birmingham.

"It is a central purpose of PFI that construction risk sits with the funders. This has also been at the heart of the time it has taken since January when Carillion went into liquidation, as the lenders commissioned detailed expert assessments of the previous construction work.

"The trust’s board agreed yesterday that the PFI agreement should be terminated after the 30 September 2018, which under the contract is the latest acceptable date for the hospital to be completed. The government has made clear it supports the trust’s decision."

"We welcome the statement from Health Minister Steve Barclay. We would like to thank our government colleagues, The Hospital Company and funders EIB and Legal and General for all their hard work over the last 9 months. We have all strived to maintain the existing project agreement, but it has become clear to us that this will no longer be possible. Our board has now agreed that the existing project agreement should be terminated, and that the trust should complete the project.

"The trust intends to continue working with the existing construction contractors involved, so that the construction finishes as soon as possible, maximising the value for money of the taxpayers’ investment in the hospital

"We would also like to thank all those locally who have supported us throughout this challenging period, including local politicians, in particular our local MP, Louise Ellman, our staff, and our patients."