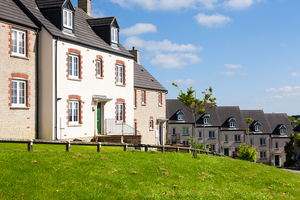 Millions of leaseholders will be given the right to extend their lease by a maximum term of 990 years at zero ground rent, the Housing Secretary Robert Jenrick has announced today (7 January 2021).

Under the current law many people face high ground rents, which combined with a mortgage, can make it feel like they are paying rent on a property they own.

Freeholders can increase the amount of ground rent with little or no benefit seen to those faced with extra charges. It can also lengthen and lead to increased costs when buying or selling the property.

Today’s changes will mean that any leaseholder who chooses to extend their lease on their home will no longer pay any ground rent to the freeholder, enabling those who dream of fully owning their home to do so without cumbersome bureaucracy and additional, unnecessary and unfair expenses

For some leaseholders, these changes could save them thousands, to tens of thousands of pounds.

"Across the country people are struggling to realise the dream of owning their own home but find the reality of being a leaseholder far too bureaucratic, burdensome and expensive.

"We want to reinforce the security that home ownership brings by changing forever the way we own homes and end some of the worst practices faced by homeowners.

"These reforms provide fairness for 4.5 million leaseholders and chart a course to a new system altogether."

The government is also now establishing a Commonhold Council - a partnership of leasehold groups, industry and government - that will prepare homeowners and the market for the widespread take-up of commonhold.

The commonhold model is widely used around the world and allows homeowners to own their property on a freehold basis, giving them greater control over the costs of home ownership. Blocks are jointly owned and managed, meaning when someone buys a flat or a house, it is truly theirs and any decisions about its future are theirs too

"We are pleased to see government taking its first decisive step towards the implementation of the Law Commission’s recommendations to make enfranchisement cheaper and simpler.

"The creation of the Commonhold Council should help to reinvigorate commonhold, ensuring homeowners will be able to call their homes their own."

Under current rules, leaseholders of houses can only extend their lease once for 50 years with a ground rent. This compares to leaseholders of flats who can extend as often as they wish at a zero ‘peppercorn’ ground rent for 90 years.

Today’s changes mean both house and flat leaseholders will now be able to extend their lease to a new standard 990 years with a ground rent at zero.

The government is abolishing prohibitive costs like ‘marriage value’ and set the calculation rates to ensure this is fairer, cheaper and more transparent. An online calculator will be introduced to make it simpler for leaseholders to find out how much it will cost them to buy their freehold or extend their lease.

Further measures will be introduced to protect the elderly. The government has previously committed to restricting ground rents to zero for new leases to make the process fairer for leaseholders. This will also now apply to retirement leasehold properties (homes built specifically for older people), so purchasers of these homes have the same rights as other homeowners and are protected from uncertain and rip-off practices.

Leaseholders will also be able to voluntarily agree to a restriction on future development of their property to avoid paying ‘development value’.

Legislation will be brought forward in the upcoming session of Parliament, to set future ground rents to zero. This is the first part of seminal two-part reforming legislation in this Parliament. We will bring forward a response to the remaining Law Commission recommendations, including commonhold, in due course.